Relationship between TS,TSS and TDS

These three solids tests can be related with Equation :TS = TSS +TDS

Total Solids. For regulatory and treatment purposes, total solids (TS) can first be classified as
suspended or dissolved. Total solids, as defined by Standard Methods and EPA, is the material
residue left in a vessel after evaporation of a sample and its subsequent drying in an oven at 103 to 105°C for one hour.

Total Suspended Solids. Total suspended solids (TSS) is that portion of the Total Solids that are
retained on a no-ash glass fiber filter disc of approximately 0.45 mm pore size.
The wetted and weighed filter disc is placed in a filtering apparatus and a suction is applied
(see Fig-.A) A measured volume of wastewater is passed through the filter. The filter containing
the residue is then dried in an oven for one hour at 103 to 105°C. The sample is then cooled and
weighed (see Fig.-B). The difference in weight of the dry filter before and after solids are passed
through is the TSS milligrams (mg) of suspended solids per liter (l) of wastewater filtered 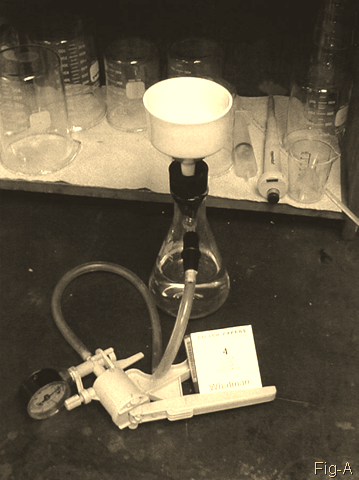 This inexpensive TSS test tells much about the wastewater character and can be run in less than
two hours with fairly inexpensive equipment.
The TSS test indicates whether it is likely that solids suspended in a wastewater can be removed
by settling, floating or filtering. In order to remove all solids that were removed in the TSS Test, a
filter similar to the TSS Filter paper (0.45 mm) must be used in full scale. 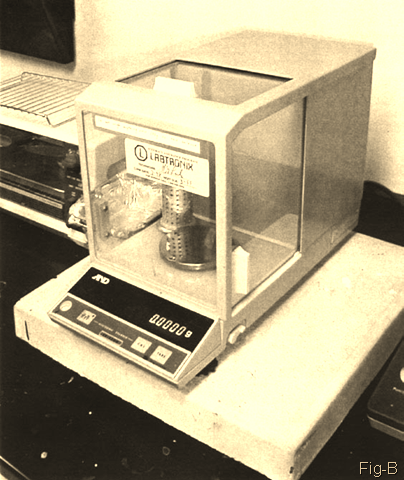 Total Dissolved Solids. The total dissolved solids (TDS) are the solids in the filtrate from the
TSS test. The liquid which passes through the TSS filter is collected in a weighed dish and evaporated for an hour at 180°C ± 2°C. The dish is then re-weighed with the TDS equaling the difference between the dish weight before and after filling with filtrate and drying, in mg per liter of filtrate.Again, this inexpensive test can be run in less than two hours and will indicate the chemical or biological solids in a wastewater which cannot be removed through settling, floating or filtration.

Differentiate between settleable and floatable solids |Types of Solids

8 throughts on "Relationship Between TS, TSS and TDS"